Answers technical questions about GMAT and GRE percentiles, the opportunity to retake, cancelling the score,  and other puzzling mysteries.

These days, more and more students are taking the GRE, and that’s great. It is a slightly different style test from the GMAT, it is administered by a different organization, and it is likely to be more useful for those embarking on joint degrees in schools like environmental science, education, and international policy.

It’s been about four years since business schools started taking the GRE in force, and that means that the data set is now large enough to have some predictive ability (to the extent that any standardized test has predictive ability). We’re still seeing some confusion about what is known as the GRE-to-GMAT conversion tool.

I’ve linked to it, but schools have their own ways of looking at scores.  The first thing to remember, GMAT or GRE, is that it is about the subscore. That is, the quant and verbal breakdown.  Don’t believe me? Here’s Dee Leopold in her HBS Blog “From the Admissions Director”

We care less about the overall score than we do about the components.

For the GRE, the 80th percentile is a 161 for quant, and a 159 for verbal.  The GRE folks also offer a conversion-to-GMAT tool, but my sense is that it is flawed and that admissions committees are getting familiar enough with the data to just look at the GRE numbers. A very interesting article in Poets & Quants, which is about one year old, lists some of the top schools’ average GRE scores. The article claims that by using the comparative tool, the GRE scores are lower.  Maybe. But it all goes back to the subscore.  Look at Yale SOM, possibly the highest-ranked school on the list. That school’s average quant GRE was 160 Verbal/162 Quant, which works out to be about 85% verbal and 83% quant.

In that same Poets & Quants article, one of my colleagues in the admissions business, Linda Abraham, wrote something in the comments that made a lot of sense, and I often pass her comment along to students.  Linda is very experienced, and has a lot of friends in the industry.  She wrote,

Many admissions offices pay more attention to the percentile score than the raw GRE score. In fact several years ago, but after they were already accepting the GRE, I attended a panel with admissions officers from top programs and they hadn’t even heard of the comparative tool mentioned in this article. They were relying on percentiles to evaluate applicants and compare GRE vs GMAT.

My suggestion for test takers is to go with which ever one makes you feel more comfortable. You will not be penalized for taking the GRE. My guess is that the 80% guideline applies for the GRE, so make that your target if you are aiming for the top schools.

For the GMAT, things are a little skewed these days. The 80% guideline doesn’t really work, because a 49 is just really high. I advise students to aim for a 48 (76%) or above. I’ve seen plenty of great students get in with 47 (70%) scores as well. As for verbal, I actually think that native speakers of English should aim for an 85% or above. Most people I speak with actually do much better than that.

Retaking the test, and how often

As for timing, the GMAT folks now allow you to take the test once every 16 calendar days. That means that you could theoretically take the test up to the maximum five times before 2016!  You probably don’t want to take it that often, but as we get closer to deadlines, you will be thankful that you can take within roughly two weeks of your last test. The GRE offers a 21-day retake cycle.

Most admissions officers expect to see you retake the test if you don’t meet your target score. That’s natural.  You might even need to retake it more than once.  That’s fine too. Five times in three months might look a little desperate, so I don’t recommend going that route.

I’ve also had questions about switching over from GMAT to GRE.  That’s fine. Schools will take the highest score you self-report. Except Columbia — which may have changed their policy of using your GMAT score even if you self-reported the GRE.

Note:  Much of what I’ve written above is my opinion. Except where I have quoted an admissions officer, or linked to a GMAT/GRE website, the rest is hearsay.  So please, caveat emptor. 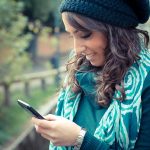