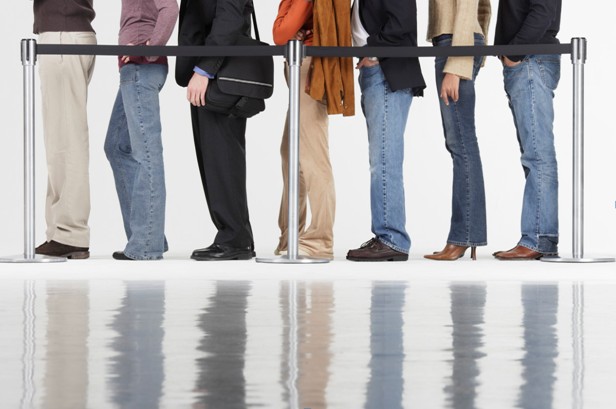 Quite a few of you are trying now to figure out what to do while hanging out on the waitlist for your top-choice MBA program. It’s a tough position, you just want to get out of purgatory.  First, the good news: people are admitted off the waitlist, even from schools few want to turn down, like Stanford or Harvard.  But then there’s the bad news: it is very difficult to predict.  Admissions officers do their best to figure out how many will turn them down, but the numbers vary from year to year.  Some schools, seem to favor a pretty big waitlist. [Pre-pandemic anecdote: one student told me that he and five others kept in touch after their Yale SOM interviews. Of the six, two were admitted in Round 1 and four were waitlisted.  My guess is that Yale SOM has enjoyed a spike in applications, but doesn’t really know whether a big percentage of those they admit will say yes. So they are hedging with a robust wait list.]

MBA admissions officers themselves try to demystify the waitlist process.  For example, the Tuck admissions committee offers waitlist advice which is straightforward and to the point. Remember to read between the lines that you are to FOLLOW INSTRUCTIONS.  If the school doesn’t want to hear from you, don’t violate it, and if they do, be judicious.  Stay focused – and don’t overwhelm them with lots of data points. Keep it crisp.

MBA admissions committees do want to hear about any material changes since you submitted. Promotion or new job, even a coveted assignment might be called material. If you have been elected to a leadership position in an activity outside of work, that probably holds less weight, but it could be useful.  If you have relocated offices to another country, that’s quite significant. Especially if your international exposure is limited.

Students have written “How I did it” articles for Poets and Quants and their own blogs –for example here’s a guy who was waitlisted at four schools. Another link that I like very much is a podcast from a student who lobbied his way off the waiting list into MIT Sloan. It’s a fun story, and you get really excited for the student, Galen Li, and his enthusiasm.

You can also get some ideas from schools who have been willing to do online chats about waitlist strategies, including  the aforementioned MIT, UC Berkeley’s Haas School of Business or Michigan’s Ross School of Business, and Cornell’s Johnson School.

My favorite piece of advice comes from Jeremy Wilson, who was a student member of the Northwestern Kellogg JD/MBA admissions committee. His article, “Playing the Waiting List Game,” is both thoughtful and action-oriented. Please do remember, however, that his experience is from Kellogg only. And it’s a few years old. But it’s really very cool.

Generally, the waitlisted applicants are considered solid candidates, even star candidates. Now is the time to showcase more subtle aspects of your profile. Be ready to articulate your story again, but this time better. Give them a few golden nuggets you may have forgotten to dig out from your past and put in your essays. Also, distinguish how you stand out from the other number-crunching bankers, consultants, or whatever professional you are and how you can add perspective to the classroom.

And be more introspective the next few weeks, so that you’re better prepared to talk about your leadership or entrepreneurial goals. Instead of using industry buzz words, overused resume verbs, and clichéd MBA language, think more deeply about your leadership style and talk more about stuff that motivates you, what you did, how you felt, and what you learned. And if you’re really up to it, try really spilling your guts a bit more and really putting the details out there—always remembering to stay professional of course—because this might just be your last chance.

What Not to Do

I say this with true compassion for those who are waiting. And do not just have an alumni send a letter because he or she graduated from the school. Or did well there. Or is successful now. UNLESS that letter adds value. Sure, OK, if you are waitlisted at the University of Chicago, and the letter comes from David Booth, I take it back. But otherwise, please heed the advice offered by Matthew Moll, Associate Director for Admissions at Columbia Business School: He’s quoted in a ClearAdmit blog as saying, “Be certain that additional recommendations add quality insight to your application.” That is, if the additional information in the letter says something about you that they don’t already know from you LinkedIn profile, consider it material. Otherwise, be careful about just bombarding them with fluff.

You Can Update Your Score After the Deadline