How to approach the optional essay

Master AdmissionsUncategorized How to approach the optional essay

How to approach the optional essay

Every MBA candidate I talk to asks the same question: is the optional essay really optional?  It really depends.

Wharton, for example has a second essay which they call “optional,” which it is, but it is a free form, “tell us something else we might want to know about the way you so we can evaluate your application.” MIT Sloan has a similar optional essay, with the added advantage that you can submit a one-minute video (or other multimedia project).

HBS only gives you 500 characters to explain any gaps. That’s not an essay, that’s a grab-bag of stuff that might not be covered.

Tuck has a similar optional essay, is somewhere in between. There’s no real word or character limit beyond the 500 words they mention for the other, required essays. So you can theoretically look at it as a bonus essay. But I wouldn’t recommend it.

Here, in Tuck’s own words, is their philosophy on this year’s essay cycle. That is, for the 2015-2016 application season. Things can change, and they often do.   Note that they are making this more of a correctional essay rather than a chance to tell them about your success on a recent deal.  If you haven’t figured out how to tell them about that story in your other materials, then you might want to tighten up your essays, look at your short answers, and perhaps add or refine a bullet point on the resume.

Don’t feel like you have to fill the space, just because we’ve offered it. The optional essay is, however, an opportunity for you to tell us anything else you think we need to know . . . especially the tricky items you’d rather avoid. You might be able to ignore them but the admissions committee cannot.

Having said that, I don’t like to think of it as a defensive exercise. For example, when they give you the chance to talk about resume gaps, you can tell them about a startup you may have pursued, or offer some more details into the meaningful volunteer work you did.

The gap [in employment] itself isn’t necessarily troubling. The bigger problem would be not addressing what you did during that period of unemployment. In this type of situation, we don’t know if the applicant is doing something amazing or if they are sitting on the couch binge watching Netflix. Moral of the story: never make us guess about anything, because we may guess wrong.

And here’s some clarity on career changes, which happen more often than you think.  You do have a chance in some applications to explain “reason for leaving”  your previous job, but if you have made some zigs and zags that might not have been covered in the application, explain here.

Major Career Changes: Things that might seem obvious to you are not necessarily obvious to us. Because you’ve probably been thinking about this switch for a long time, the reasons for the change may seem clear to you, but if you don’t explain them to us, we’re left guessing. Remember, we don’t know you beyond what you tell us.

These are good rules of thumb for schools that are clearly not looking for a second (or third) essay about you and your fit in the school.   Don’t give up an opportunity to shed light on your application, but no need to gild the lily either. 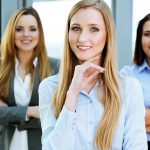 The Leaders of Tomorrow.

Planning For the Future.